Green tea extract supplements are an inexpensive dietary supplement used by many people to help dogs fight cancer. EGCG, the active ingredient in green tea, may have anti-cancer properties that induce apoptosis, which is a process describing cell suicide; when the body’s old cells naturally die off and make way for healthy new cells. Apoptosis keeps our bodies strong and cancer-free.

For more information regarding Aptosis, read about Dr. Dressler’s
Apocaps for cancer in dogs.

Another benefit of the green tea plant (camellia sinensis) is that it may “afford protection against chemically induced carcinogenesis in several different organ systems in animal models. In addition, green tea modulates and increases the efficacy of cancer chemotherapeutic drugs in some animal models,” according to a paper from the 2006 North American Veterinary Conference.

Although no scientific studies have been published that prove the efficacy of EGCG on dogs with cancer, many holistic practitioners recommend green tea extract based on strong anecdotal evidence that includes low cancer rates in countries where green tea is a well-consumed beverage.

Save on Green Tea Extract at Amazon!

When to Avoid Green Tea Extract

“I have since seen what I believe was EGCG interacting with other supplements in toxic ways, which leads me to make it a lower-priority supplement, which in some cases should be avoided altogether.”

He says this because he has seen some dogs experience anemia when taking the anti-cancer supplement Quercetin together with EGCG. Dressler says he doesn’t have concrete evidence to support this theory, but his instinct says the two should be avoided. And since quercetin is in the immune booster Apocaps, dogs taking Apocaps to fight cancer should avoid green tea extract.

Finally, since many veterinary oncologists have told us that antioxidants like those found within green tea extract can interfere with certain chemotherapy drugs such as doxorubicin, you should talk to your oncologist about taking it if your dog is currently undergoing chemo treatments.

Consult with a Holistic Veterinary Practitioner

To learn if green tea extract is right for your dog’s anti-cancer diet and find the correct dosage (which some suspect is 500 mg EGCG preparation/kg for a Labrador-sized dog), first talk to a holistic veterinary practitioner. Even as an occasional supplement added to your dog’s diet, it may contribute to an overall effective nutritional plan that keeps cancer away.

NOTE: We are not veterinarians. All information provided here is based only on our own experiences caring for Jerry and Wyatt, and the experiences of other Tripawds members who share their ideas with the community. Please consult your vet or do further research before implementing any new dietary regimen or supplements into your dog’s treatment plan.

Read more Green Tea Extract reviews and save on Amazon! 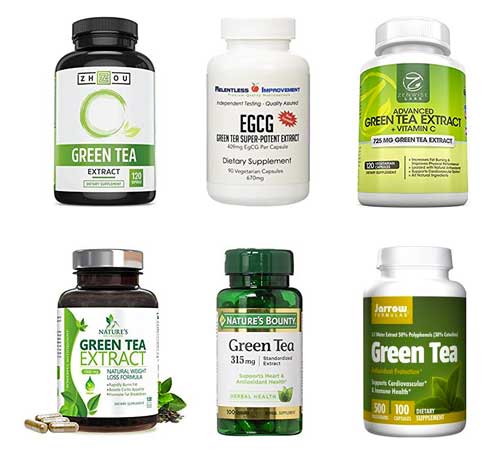